Initially, it was he who experimented about 10,.000 different wines a year, as he said in an interview to The Independent Jounal (click here). Over time, he has been adding new assessors to his team. These new appraisers were self-guided, in the evaluation criteria, to ensure a more uniform assessment of all proven wines.

In 2016, he announced that he will no longer evaluate new wines. At the same time, it sold the publication (Wine Advocate) and the website to a group of Japanese investors.

Parker has created a system that separates wines into six groups, which carry 50 to 100 points ratings:

96-100: An extraordinary wine of profound and complex character displaying all the attributes expected of a classic wine of its variety. Wines of this caliber are worth a special effort to find, purchase, and consume.
90-95: An outstanding wine of exceptional complexity and character. In short, these are terrific wines.
80-89: A barely above average to very good wine displaying various degrees of finesse and flavor as well as character with no noticeable flaws.
70-79: An average wine with little distinction except that it is a soundly made. In essence, a straightforward, innocuous wine.
60-69: A below average wine containing noticeable deficiencies, such as excessive acidity and/or tannin, an absence of flavor, or possibly dirty aromas or flavors.
50-59: A wine deemed to be unacceptable.

All wines begin to be punctuated with 50 points, and the note gradually increases based on some factors:

Argentine Wines and Winemakers with 100 Points by Robert Parker.

In 2018, critic Luis Gutiérrez, who evaluates South American and Spanish wines for Robert Parker, evaluated for the first time with 100 points two Argentine wines: Catena Zapata Adrianna Vineyard River Stones Malbec 2016 and Gran Enemigo Single Vineyard Gualtallary 2013. Both wines are signed by the genius winemaker Alejandro Vigil, and the second of them I had the chance to taste along with Alejandro at the Casa El Enemigo in Mendoza a few months ago. 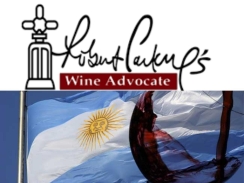 This was also the first time that a wine from South America receives this much-dreamed score.

However, Vigil is not the first Argentine winemaker to receive 100 points from Robert Parker. Before him, in 2013, another genius from Mendoza, Marcelo Pelleriti received 100 points for his Chateau La Violette 2010 wine, produced in Pomerol and evaluated by Robert Parker himself. It is a 100% Merlot, produced by the micro-vinification process and aged for 18 months oin new French oak. 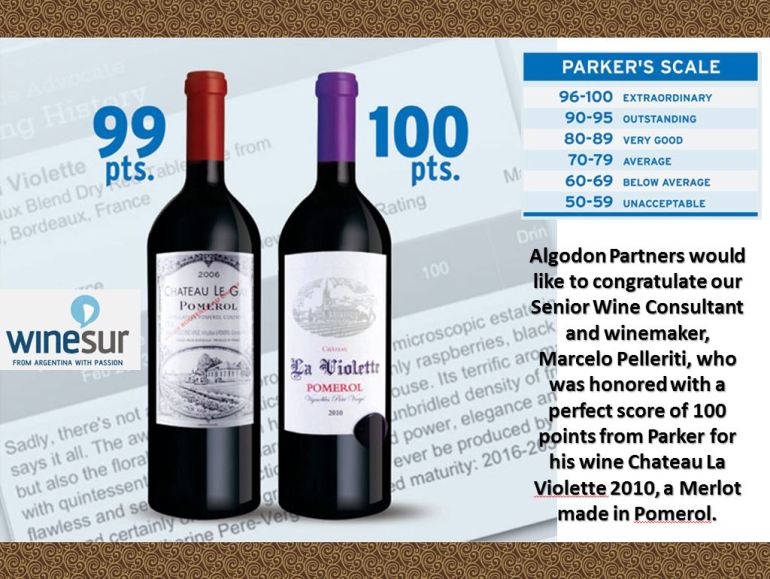 Pelleriti is also the winemaker responsible for Bodega Monteviejo at Mendoza, which will be the theme of the Blog in the coming days and was one of the best wineries we visited in December last year.

With the evolution of Argentine wines and the great recognition of their oenologists, I believe that soon we will have other wines with the much desired 100 points of Robert Parker. Let’s wait! 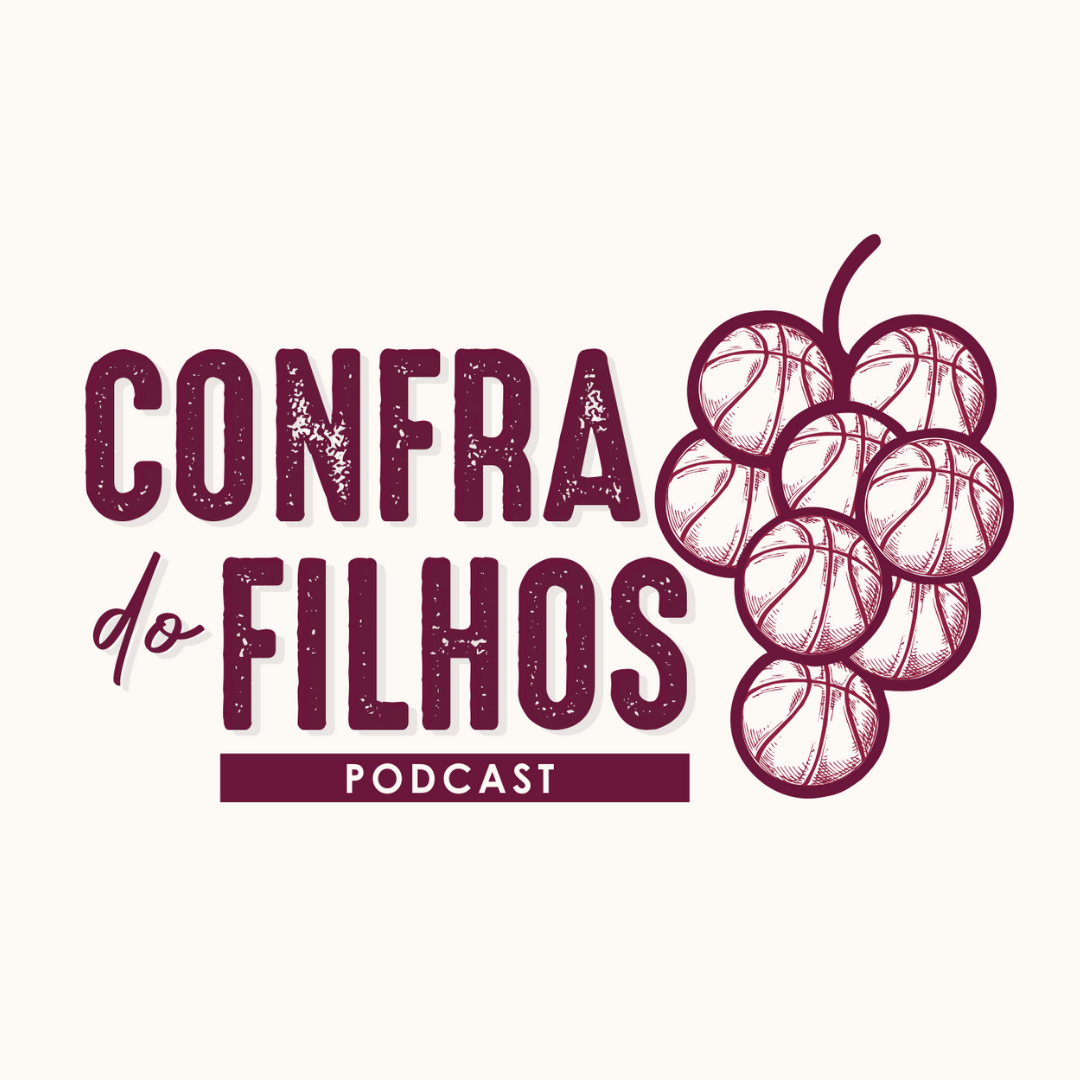